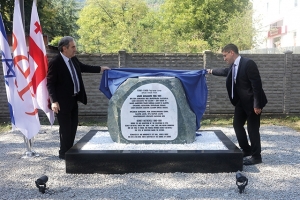 GEORGIA TODAY: Organized by the of Israeli House and Oni Municipality in cooperation of the Ministry of Culture of Georgia, a monument dedicated to the memory of the Holocaust and the “Georgian Righteous Among the Nations,” Sergey Metreveli, who was recognized by the Yad Vashem - the World Holocaust Remembrance Center was opened in Oni on September 2. It is located in the center of the town, on the boulevard near the House of Culture.

During the Nazi occupation of the North Caucasus town of Kislovodsk in 1942, Sergey Metreveli, who worked at the Kislovodsk Winery, helped two Jews to flee, and took them to Racha. This is how Emil Zigel and Arkady Rabinovich survived death. The remaining Jews in Kislovodsk were shot by the Nazis.

In 2004, the Yad Vashem - the World Holocaust Remembrance Center in Jerusalem awarded Sergey Metreveli the title of Righteous One ("Hasidei Umot Haolam") and immortalized his name. In 2015, the Israeli House, with the support of the Knesset, made a documentary about Sergey Metreveli and Emil Zigel. The film premiered at the Hasbara event organized by the Israeli House in Tbilisi.

Representatives of Georgian state agencies and Israeli guests attended the opening ceremony of the Metreveli monument. Davit Chikvaidze, Mayor of Oni Municipality; Itsik Moshe, Head of the Israeli House; MK David Bitan, Chairman of the Committee for Immigration, Absorption and Diaspora Affairs and member of the Israeli Knesset (live broadcast); Elene Gedenidze, Acting Head of the Cultural Heritage Department of the Ministry of Education, Culture, Science and Sports, and Davit Saganelidze, Executive Director of the Partnership Fund addressed the audience.

Itsik Moshe noted the significance of the opening of a memorial to Holocaust victims in a part of the post-Soviet space where there was no Holocaust, a move that impacted Israel and Jews worldwide.

Israeli House is working to establish ties between Georgia and Israel, and immortalizing the “Georgian Schindler”'s name, and including this monument, and Oni Jewish cultural heritage in general, in the European route is another strong bridge between Georgia, Israel and world Judaism,” he said.

Davit Chikvaidze, Acting Mayor of the municipality of Oni addressed the audience at the opening of the monument, saying he is glad that the Sergey Metreveli monument has been opened in Oni; that he is the only Georgian who is officially recognized as Righteous among the Nations by the Yad Vashem Museum in Jerusalem. He noted that this is a historic day and thanked the Israeli House for implementing this idea. He also congratulated the Jewish people on the Jewish New Year (Rosh Hashana).

The participants at the opening ceremony of the monument were greeted with a live broadcast from Jerusalem by MK David Bitan, Chairman of the Committee for Immigration, Absorption and Diaspora Affairs of the Israeli Knesset.

Israeli House plays an important role in deepening Israeli-Georgian relations,” Bitan said. “The opening of the Holocaust Memorial and the Georgian Schindler's monument is another example of the solidarity of the Georgian people with Israel and Judaism.”

The Knesset multi-party delegation participates in almost all events of the Israeli House.

After the opening of the monument, the participants moved to the Oni Synagogue, which turned 125 this year, is the third largest synagogue in Georgia, and is recognized as a cultural monument of national importance, being and architecturally unique building in the South Caucasus. It was noted that the newly opened Holocaust monument, along with the Oni Synagogue, will become part of the Council of Europe-certified Jewish Cultural Heritage Route. It will also be a new tourist attraction in the region that will attract foreign tourists, including those from Israel and world Jewry.

Israeli House, the official representative of the European Route of Jewish Heritage of the Council of Europe in Georgia, has created the Oni-Lailashi Route of Jewish Heritage,” Itsik Moshe told the audience. In future, a sign will be placed on the house of Sergey Metreveli in the village of Utsera, which was the shelter of the two Jews he helped survive.

At the end of the day, as part of the European Days of Jewish Culture, a photo exhibition depicting Jewish cultural heritage in Georgia was opened by the Israeli House at the Oni House of Culture, and singer Kristi Japaridze and the folk group of the Oni House of Culture performed several Jewish songs. A documentary about Sergey Metreveli, shot by Israeli House with the support of the Knesset, was screened.

The opening of the Holocaust Memorial and the Georgian Schindler Monument in Oni and, in general, the pro-Israel activities of the Israeli House, was covered in an article by the English-language Israeli edition ‘The Jerusalem Post.’ The publication focuses on the main direction of the ‘Israeli House’, Hasbara, and calls the model of the organization “unique.”

Israeli House is working on Hasbara with the EAI (European Alliance for Israel), and Israeli politicians are supporting the opening of the organization in 100 countries.

Georgia, Israel and the World Jewry, 1-st International Forum of Hasbara in Tbilisi

Due to Corona 19 test error: an Israeli couple might miss the birth of their daughters in Georgia 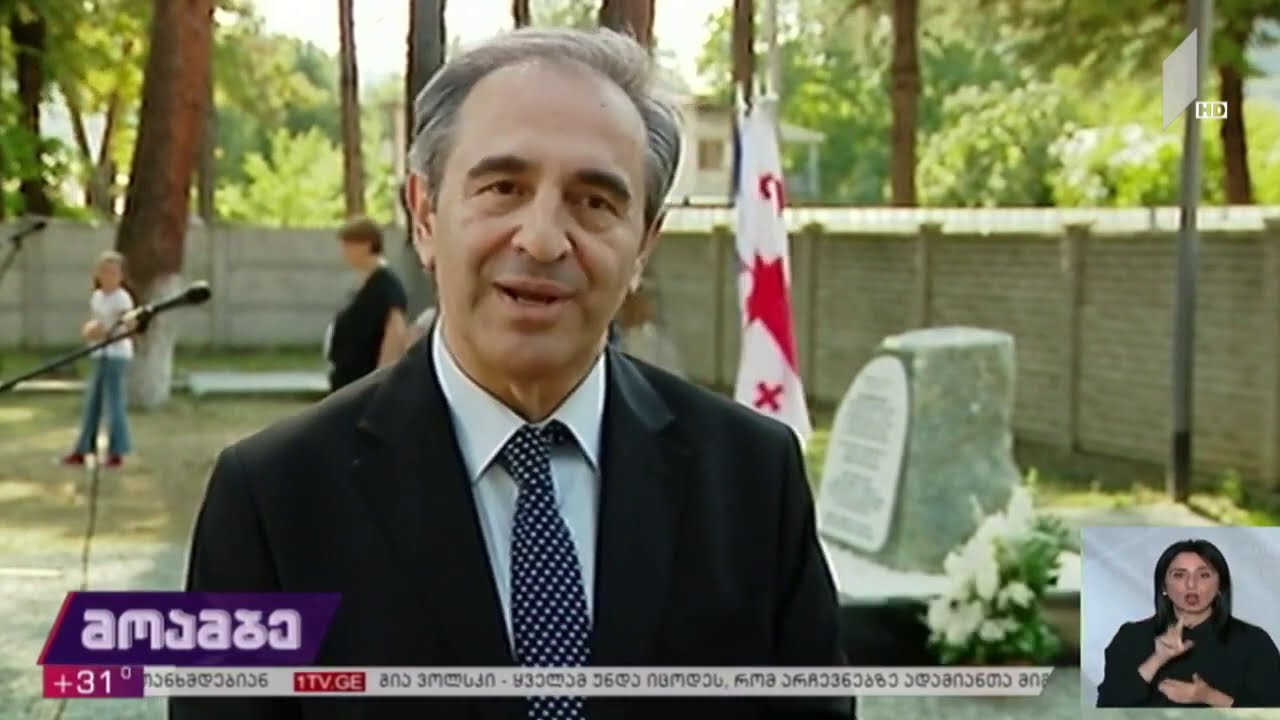